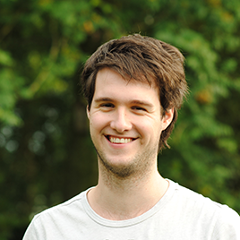 My personal space on the www.

How to install Raspbian Jessie with a GUI on an old Raspberry Pi.

This weekend I did some experiments with my Raspberry Pi. I'm still using the first generation model B which only has 256MB of RAM. When I purchased the board I bought it with a 4GB card. Which was at that time sufficient for both a headless and desktop installation.

For the experiments that I wanted to do I needed a GUI environment. For this I wanted to use the full blown Raspberry Jessie environment which you can download here. So I downloaded the image and when I tried to put it on the SD card I received the message that it was too large for the 4GB SD card. (about 30MB too large) My second attempt was using the NOOBS image. Unfortunately this approach did also not work since the GUI did not boot after going through the setup process.

1. Use the Raspbian Jessie Lite image

Since we have only limited storage space available we use the Raspbian Jessie Lite image. This image includes a limited set of applications and also does not include a desktop environment installed by default. Don't worry. I'll explain you how to install one.

First you need to download the Raspbian Jessie Lite image from here. Be sure to pick the Lite version and use the torrent link if you want to save the Raspberry Pi Foundation some network bandwith.

Next decompress the zip file and flash the image on the SD card. For the specific instructions you can refer to the Raspberry Pi Documentation.

Once you have flashed the SD card with the image it's time to boot the Raspberry Pi. First plug in the Ethernet, HDMI, Keyboard and Mouse cables into the Pi. Insert the SD Card and finally attach the power supply.

The Raspberry Pi will boot immediately. This will take a little bit more than a minute. Once the Pi is booted it will ask you for the username and the password. By default the following log-in credentials can be used:

Now it is time to configure the Raspberry Pi. You can enter the Raspberry Pi configuration menu by typing sudo raspi-config in the terminal. You will be prompted for your password since you are going to edit system files. Enter the password and a menu will open.

In this menu I advice you to do the following things:

After changing the settings it may ask for a reboot. If you changed all the necessary things you can tell it to reboot. Another way is to finish the menu and to enter sudo reboot in the terminal. Be sure that you reboot. The file system will only expand on the next reboot!

For some use cases you may need a GUI. Or you prefer to have a decent desktop environment over a terminal session. for those cases we are going to install a fully working LXDE environment.

First we update our system:

Then we install the Xorg display server:

Now we are going to install LXDE, a terminal for in LXDE and a package to make everything look nice:

Now we have a nice desktop environment it's time to install a login manager:

Now everything is installed. Let's reboot!

After the reboot you will see a login screen (lightdm). Enter your username and password and you will enter the desktop.

If you check the menu (lower left icon) you can find the lxterminal. With use of this terminal you can install new software and change the configuration of the system.

At last I recommend you to start not with the GUI environment by default. I personally like to first enter the command line interface and if I need to I can switch to the GUI. In order to get this behavior you need to do the following:

If you now reboot you will enter the command line interface (headless) by default. in order to start the GUI you can enter the following:

Setting up a Raspberry Pi configuration seems to be simple at first sight. However the years passed and the average Raspberry Pi became more powerful. Unfortunately the fact that there are still old Raspberry's with low storage capacities being installed is not taken into account by the default Raspbian and NOOBS images. By installing a headless image and by installing some software by hand it's possible to set up a lean installation which is ready to support your new ideas.